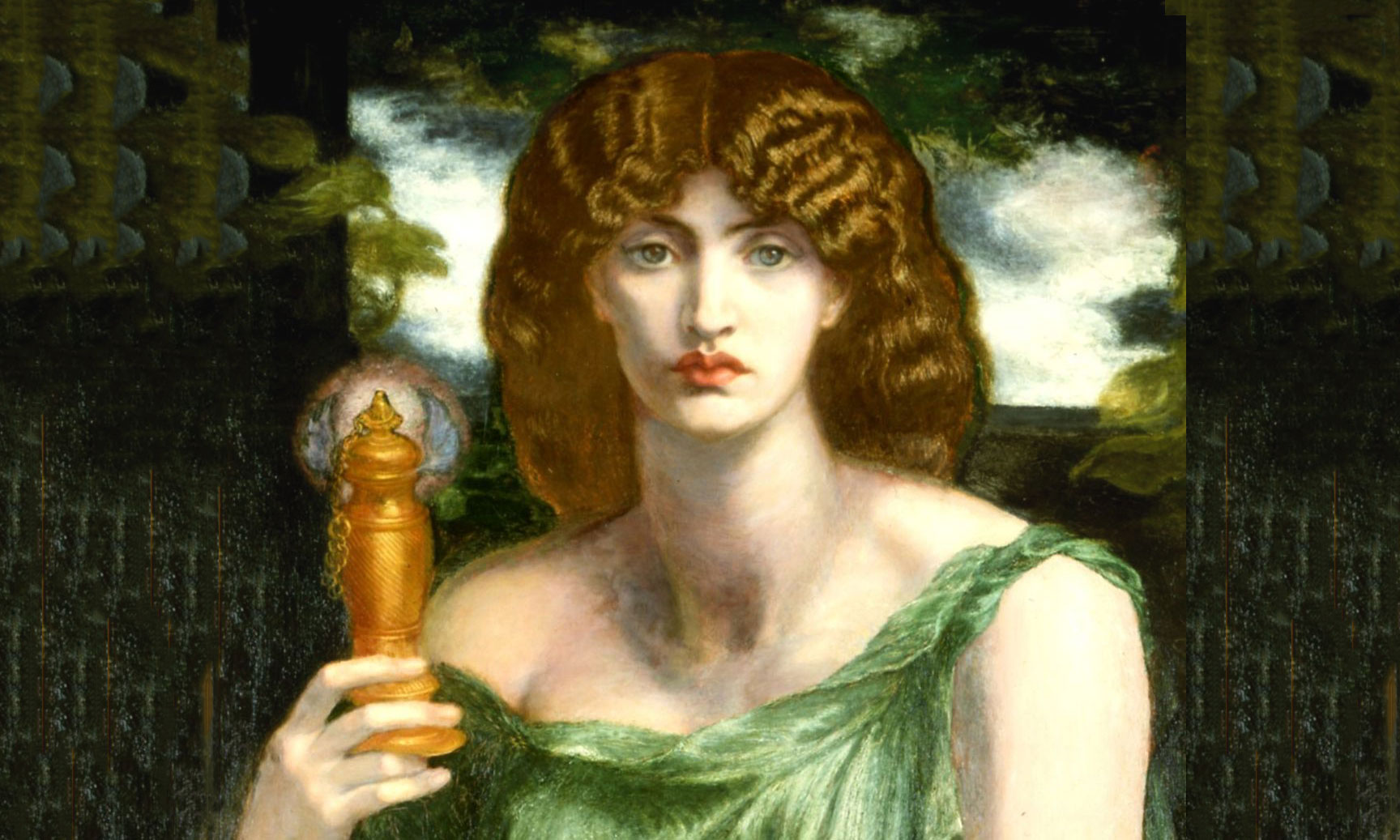 A warm welcome to you.

There is nothing a writer appreciates more than readers. So, thank you for being here and for reading my work. I mean it.

I’ve got a thing for revisions. Maybe because in rewriting or even just reconsidering deeply entrenched stories, classics or famous myths, I get to tap into a delectable premise. That I –and you–don’t have to take anyone’s word as final. That we can appreciate or disagree or heckle and most of all, safely talk back! And in this talking back we might engage a secret, tiny (ok, ant-like, but still!) free-will, door-kicking, sunglass-wearing, hair-let-loose, inner-agency that wants to bust out of our skin.

We need nuanced stories that smack of real life and let us breathe.

It started when I began reading biographies of Clara Barton and Harriet Tubman underneath my favorite pine-tree and my mom bought me “herstory” cards before I was even 10 years old. I never stopped wondering why I didn’t know more about more women like them?

After all, I was a girl in want of strong beautiful tender-hearted role models.

That’s why I write about ancient mythology and profile strong women. 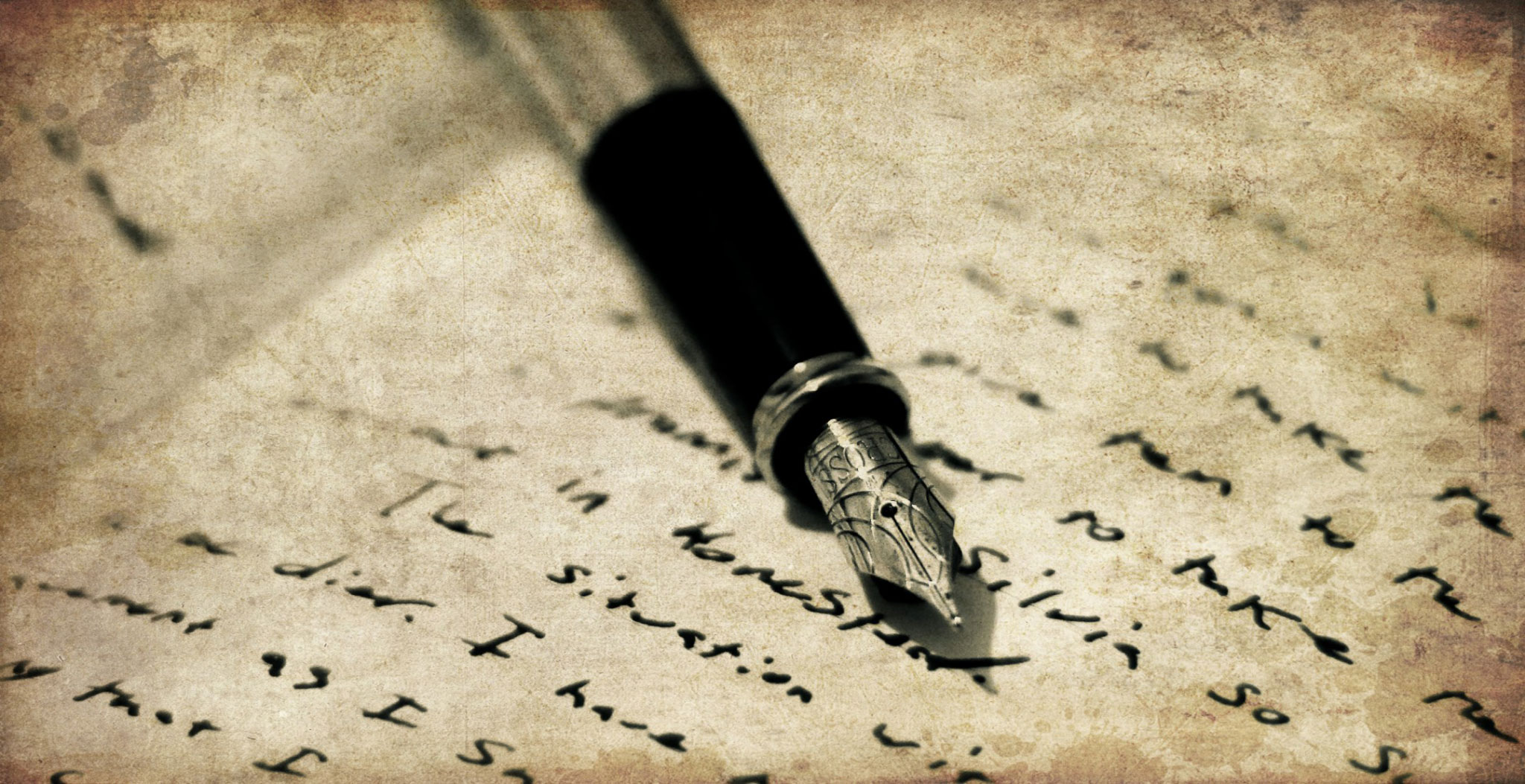 “I’ve hired Kim on many occasions to write for my site webvet.com. I find her to be incredibly thoughtful, creative and detail oriented, all of which are important when you differentiate your brand on your content. I can honestly say, she has been one of my favorite writers to work with! I would highly recommend Kim and will continue to work with her in the future!” – Hope Schultz, President and Editor in Chief, WebVet
I am a writer who covers women’s issues, lifestyle, arts and culture, and literary fiction and nonfiction.

My coverage can be broken down into the following categories: 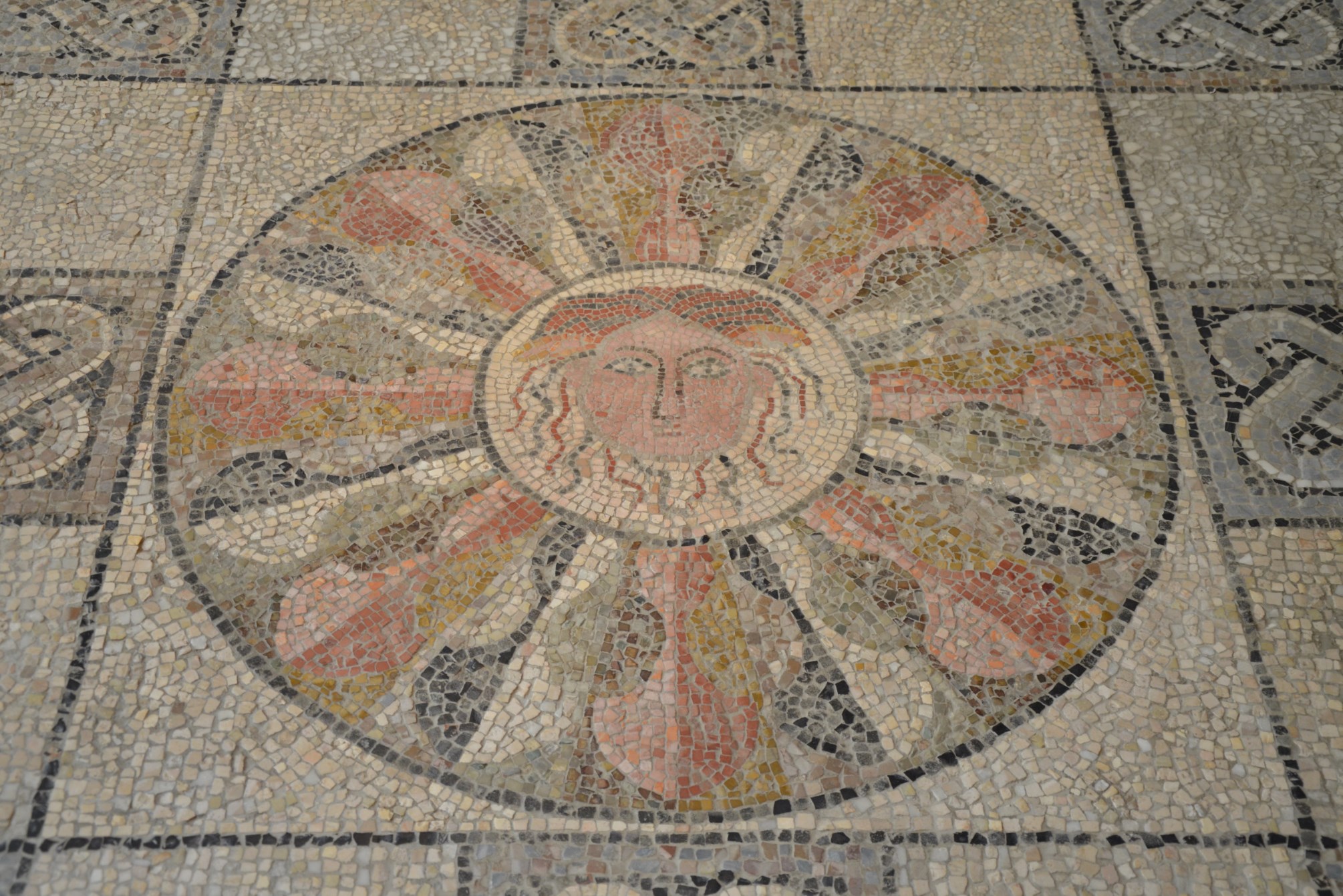 END_OF_DOCUMENT_TOKEN_TO_BE_REPLACED

Those are the words my daughter volleyed back when I asked if we might want to cut down on her theatre (yes, passive-aggressively) and what I learned prompted my latest article for Your Teen for...

END_OF_DOCUMENT_TOKEN_TO_BE_REPLACED

In honor of Mother's Day on Sunday, May 12th, I turn this week's post to novelist Janet Benton, author of Lilli de Jong, a work of historical fiction I recommend. I ran an interview with Janet for...

END_OF_DOCUMENT_TOKEN_TO_BE_REPLACED 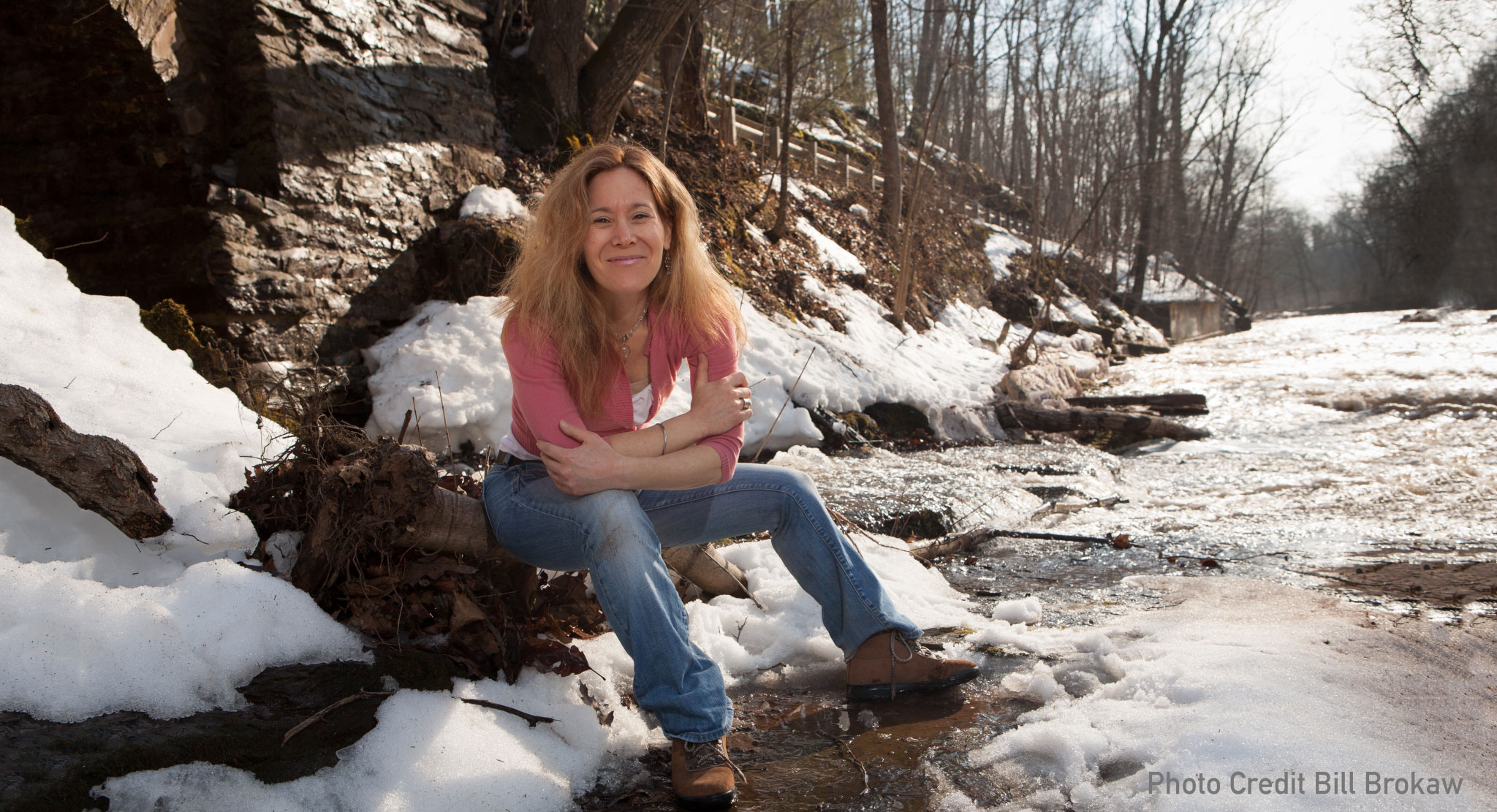 “Kimberly’s writing is like a breeze filled with ancient fragrances – like incense in Carl Jung’s study. Yet, her work also strikes me as an emerging kind of feminism – rooted in primordial wisdom and myth not trapped in a modern battle with frenzied materialism – though Kimberly is clearly armed and dangerous.”
– Michael Carroll, author of Awake at Work, The Mindful Leader and Fearless at Work

Kimberly Nagy is a professional writer who has written for Scientific American, New York Daily News, Your Teen for Parents and Ravishly among other publications.

A member of the American Society for Journalists and Authors (ASJA)  Nagy’s writing ranges from parenting (including her most recent personal essay on how to talk to kids about sexual assault and consent) to women in science.

She’s particularly obsessed with the untold stories and perspectives of women in history and mythology. In her creative nonfiction, Nagy retells mythological tales from Medusa to Persephone from a feminist 21st-century stance.

Nagy received her BA in history at Rider University where she was influenced by professors who stressed works of literature alongside dates and historical facts–as well as the importance of including the perspectives of women and minorities in the historical record. During a period in which she fell in love with writing and research, Nagy wrote an award-winning paper about the suppression of free speech during World War I, and which featured early 20th-century feminist and civil rights leader, Elizabeth Gurley Flynn. Nagy continued her graduate studies at  the University of Connecticut, Storrs, where she studied with Dr. Karen Kupperman, an expert in early contact between Native Americans and the first European settlers. Nagy wrote her Masters thesis, focusing on the work of Frances Caulkins, the first woman to be accepted into the Connecticut Historical Society as well as literary descriptions of Native Americans in Connecticut during the 19th century.

Nagy’s day job is currently devoted to serving higher education institutions for whom she crafts strategic website content, conducts interviews with incredibly smart GenZ students (who keep her honest), and tells impactful stories about remarkable faculty and trailblazing research. In the field of higher ed, Nagy has worked in virtually every aspect of marketing, publicity, and communications including work on press campaigns, web content, viewbooks, radio and TV ads, emails, and brochures as well as full-length academic manuscripts. 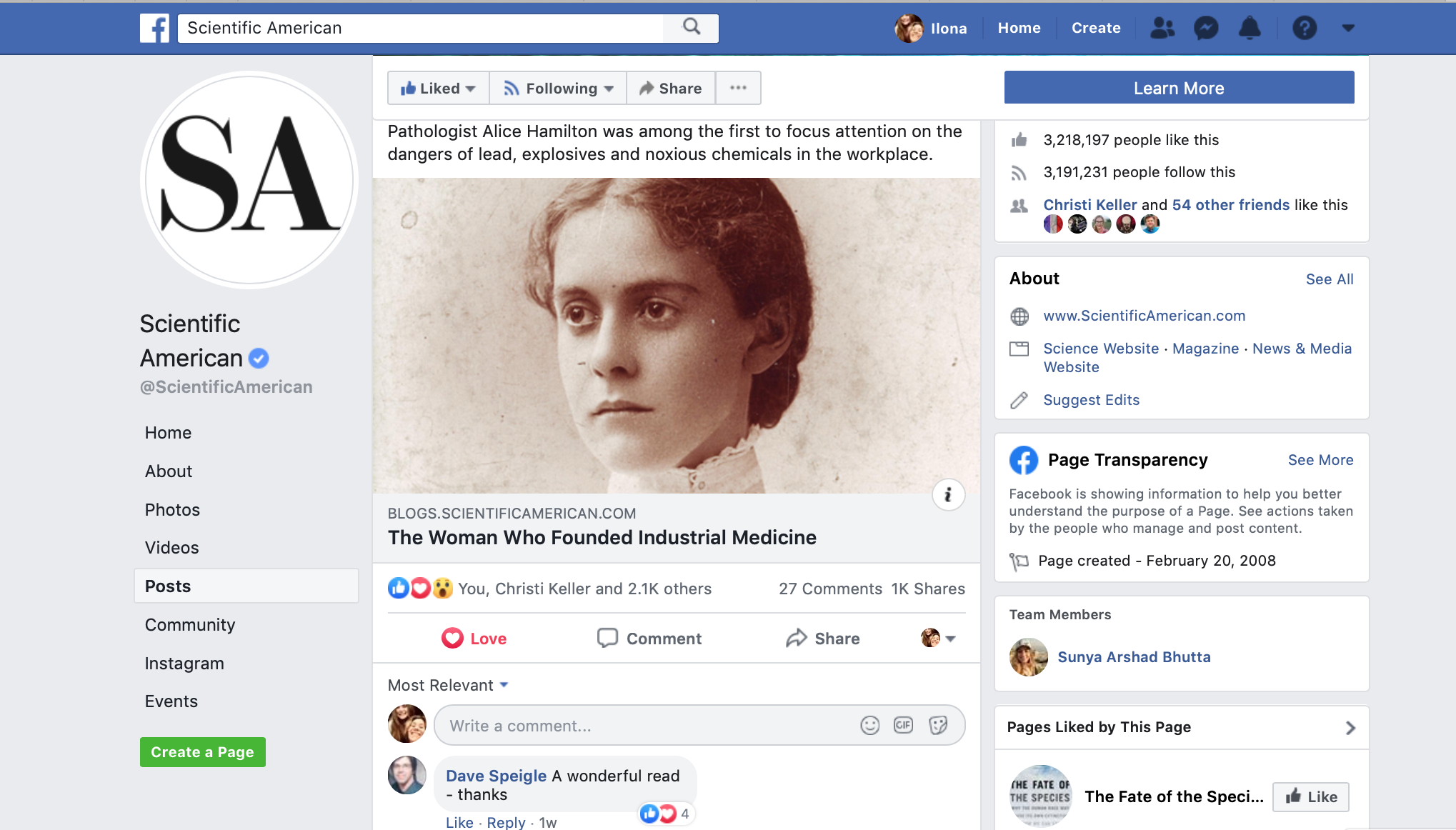 Here is a link to the 2019 article in Scientific American:
The Woman Who Founded Industrial Medicine

Here is a link to the 2020 article in Scientific American:
The Women’s Health Pioneer You’ve Probably Never Heard Of