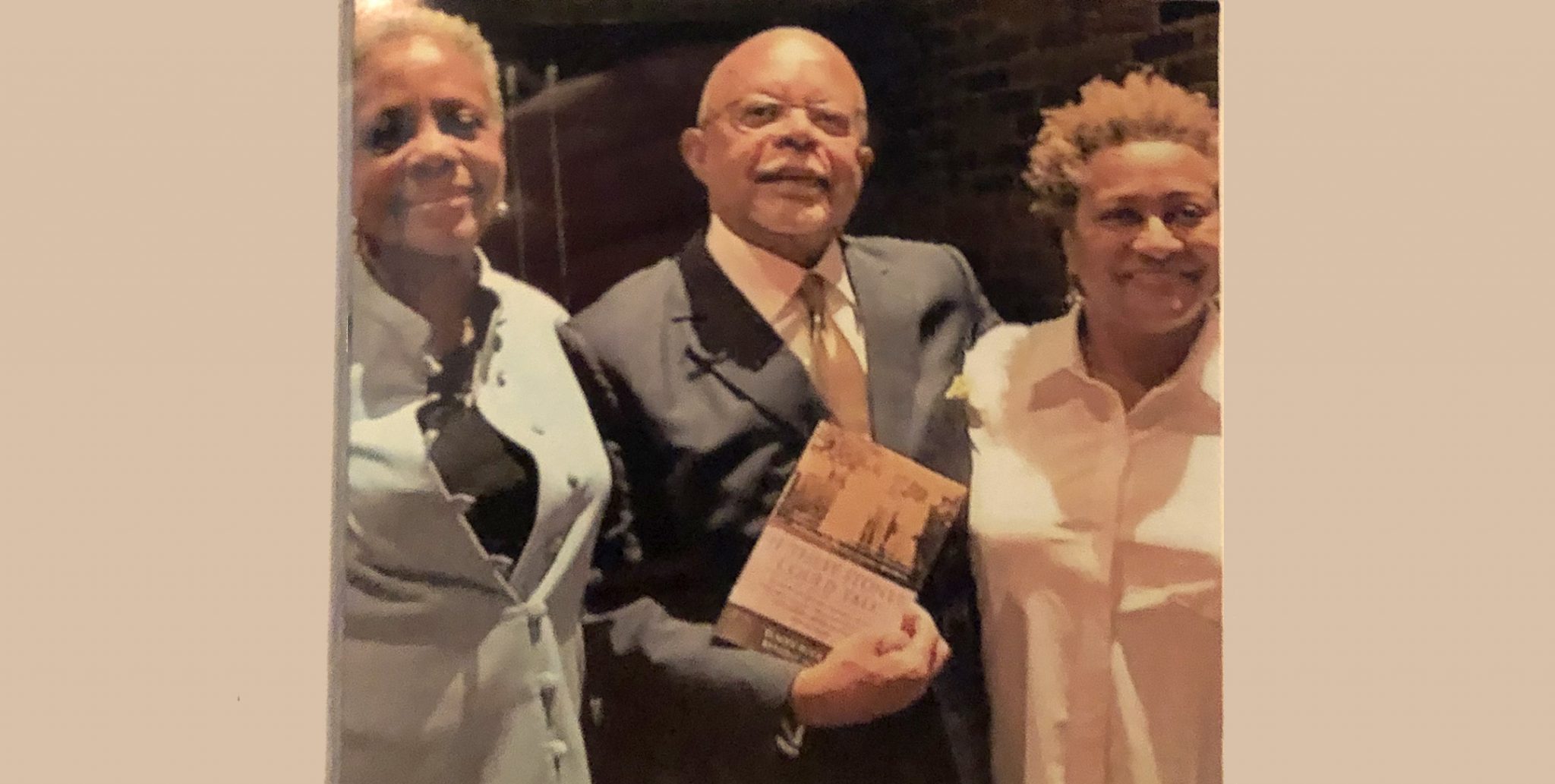 If These Stones Could Talk Reaches Henry Louis Gates

As their publisher and friend, I can’t help but think back to sitting with the authors around Elaine’s table every week, gathered next to overflowing boxes of research files, taking notes, writing and revising If These Stones Could Talk. Then, last November we got to the finish line. Throughout our three year journey to publication and beyond, Bev and Elaine have worked tirelessly to bring their messages to schools as well as the Sankofa Collaborative among other services through their Friday Truehart Consulting work.

A couple of years ago when I suggested Facebook as a place to reach their audience, grow their supportive community and tell the stories we couldn’t fit in the book, they were excited to connect their stories to headlines because we all knew the present was directly connected to the past. Now, we are six months after their book’s publication–and their work and their story continues—as their visibility continues to grow.

Check Out the last Friday’s Memory

Here’s the photo as well as an excerpt from the authors themselves. You’ll really want to join their 3500 followers on Facebook if you haven’t already!

From Bev and Elaine: So what does this have to do with us having the pleasure of meeting Henry Louis Gates? Along with his acclaimed specials on PBS and being one of the world’s leading experts in African American studies, his latest book entitled, Stony the Road – Reconstruction, White Supremacy and the Rise of Jim Crow is already a best seller and delves into what reconstruction was really all about—to divide, overwhelm and resist. Recently Dr. Gates wrote and narrated a two-part documentary film for PBS “Reconstruction: America After the Civil War.” So when we were invited to attend his final lecture at the Lawrenceville School for their 2019 Senior Capstone Series on “Race” and to bring our book to present to him we were ecstatic! That evening Gates literally “took us to school” about the years following the Civil War and how the nation initially tried to do the right thing by being inclusive and transformative between 1865 and 1877.

Ninety-two years ago, in May of 1927, Virginia Woolf created a memorable middle-aged female character (and a bohemian artist to boot!).  I always return to Lily Briscoe for inspiration in Woolf’s classic novel To The Lighthouse published by Hogarth Press.

Both TIME Magazine and Modern Library named To the Lighthouse as one of the 100 best English language novels of the 20th century.

The character Lily Briscoe (a painter) experienced an epiphany at the age of 44. It happened as she stood before her canvas, and layers of memories accumulated inside her mind. She imagined those who had died. She remembered younger versions of those who had grown. The paths of so many lives, stumbled into her own, unfolded in fragments in her mind as she painted, and Lily thought to herself:

“Like a work of art,” she repeated, looking from her canvas to the drawing room and back again. She must rest for a moment. And resting, looking from one to the other vaguely, the old question which traversed the sky of the soul perpetually, the vast, the general question which was apt to particularize itself at such moments as these…paused over her, darkened over her. What is the meaning of life?

A simple question–one that tended to close in on one with the years. The great revelation had never come. The great revelation perhaps never did come. Instead, there were little daily miracles, illuminations, matches struck unexpectedly in the dark; here was one. This, that and the other.…In the midst of chaos, there was shape.”

She would come, yes. But it was with difficulty that she took her eyes off the picture…struggling against terrific odds to maintain her courage; to say; ‘But this is what I see; this is what I see, and so to clasp some miserable remnant of her vision to her breast which a thousand forces did their best to pluck from her.”

These seem like good words for writers in the midst of complex projects, I think of Lily doing her best to stick to her vision in front of her easel–and remember:  “In the midst of chaos, there was shape.” 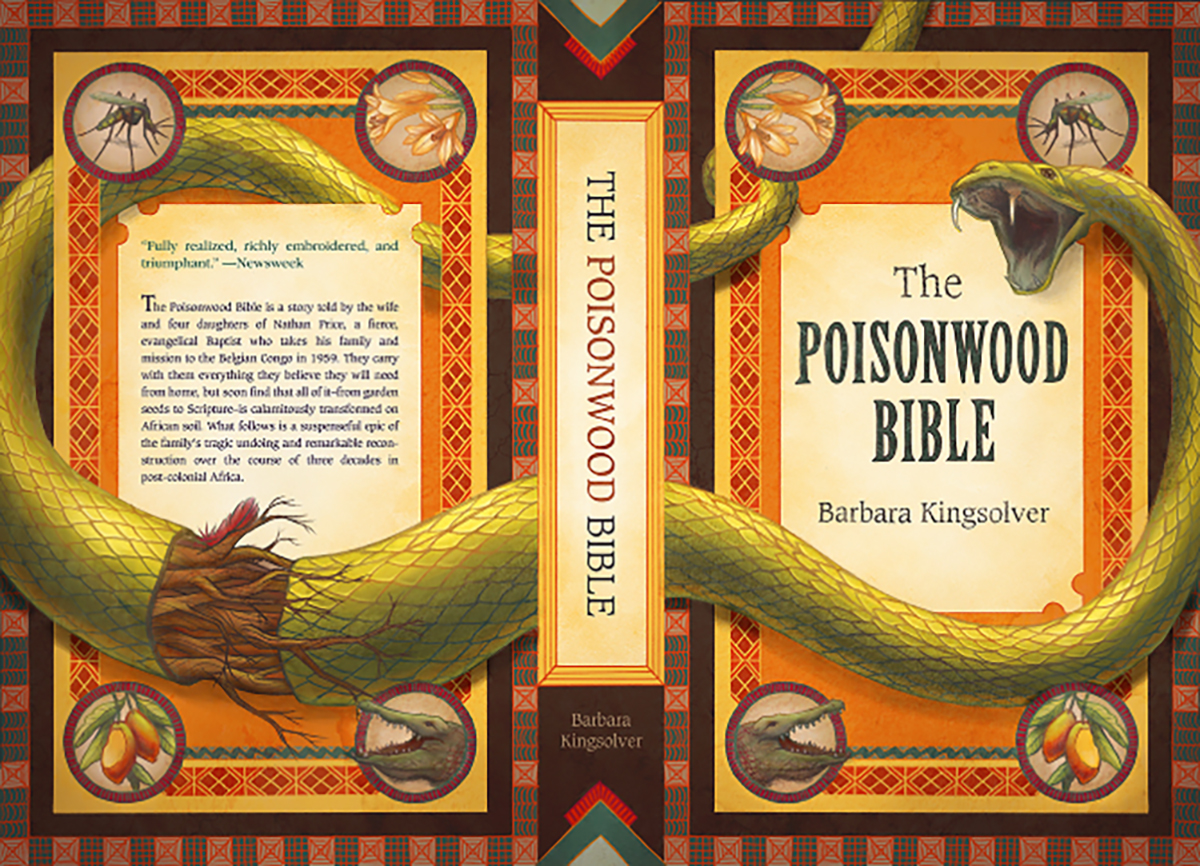 The Power of a Sentence (Happy Birthday, Barbara Kingsolver!)

In my scroll through birthdays this week I landed on bestselling author Barbara Kingsolver, an author who participated in a different kind of book exhibit which I covered in 2014 at Christie’s Auction House.

At 20 Rockefeller Plaza in Manhattan, I took my notebook out not to gaze at diamonds or rare art but (nerd alert…) to look inside glass-tinted cases at books for a partnership between PEN American Center, one of the oldest human rights organization in the U.S. and Christie’s with the support of countless writers and artists who all played a part in the fundraising event that raised a million dollars for freedom of expression.

It was as large as a concert hall inside the famous auction house–310,000 square feet of bright lights and plush carpeted floors when I walked into the exhibit room of First Editions/ Second Thoughts displaying books.

But back to Barbara Kingsolver, who in her reflections, led the reader back to her first sentence in The Poisonwood Bible, the bestselling novel that depicted missionary-fueled imperialism and its troubled legacy in the Congo. Kingsolver had a compelling annotation on her first page after the first sentence of her book.

“Imagine a ruin so strange it must never have happened.”

Kingsolver writes: “The first sentence of a novel should make a promise that the book will keep. The ruin that Europe and the US brought on the Congo. The difficulty of inheriting this history — as captive witness to our nation’s past. The impossible search for redemption. The temptation of denial.”

I think it’s important to note that Kingsolver used funds she made from The Poisonwood Bible to establish the PEN/ Bellwether Prize, an award given to support socially-engaged fiction. “Established by Barbara Kingsolver in 2000 and funded entirely by her, it is awarded biennially to the author of a previously unpublished novel of high literary caliber that exemplifies the prize’s founding principles.”

I landed on Kingsolver’s sentence that began with the word “imagine” because it linked with a part of the article I wrote–and so many other famous socially-engaged writers involved in First Editions/ Second Thoughts–Angela Davis, Louise Erdrich, Toni Morrison to name but a few.

As I reflected on my 2014 piece for Wild River Review, I gravitated to the role of writing and writers: Imagining a transformed world — or more critically, examining the “real” world — is perhaps the most important role of the writer, the group PEN International Center worked to protect since it was founded by Catharine Amy Dawson-Scott and John Galsworthy in 1921.

So, my question of the week: How can we reimagine and transform the world through our writing?