Women on a Quest
The Women on a Quest essay and interview series features interviews and essay subjects who inspire me–a word that literally means to fill with breath–as well as “fill with the desire to do something creative.” Women on a Quest will feature conversations with individuals who offer thoughts and viewpoints that, in my view, deserve longevity, and are from all backgrounds, religious persuasions and creative journeys. “Storytelling and oral tradition, was, when I was growing up, a strong part of how things were passed on. That’s what made me want to tell stories. It was a kind of gift.

A moment where children and adults could interact in a free way.”

Keeping Time: A Conversation with Historian James McPherson
Like many professional historians James McPherson strives for the gold standard of objectivity in uncovering historical fact and applying analysis. He prefers the careful methodology of Ancient Greek historian Thucydides (circa 460 BC-400 BC), whose major work, The History of the Peloponnesian War, is still read today in college history seminars, to the looser and hyperbolic writings of the man often referred to as the “father of history” Herodotus (circa 484 BC-425 BC). 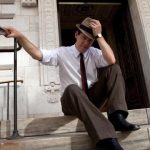 a>
Paul Holdengraber: The Afterlife of Conversation

“Bringing people together in a room is essential, particularly in a public library with tens of millions of items (including the original Declaration of Independence, Mary Wollstonecraft Shelley’s first edition of Frankenstein and A. A. Milne’s Winnie the Pooh),” says Holdengräber. “We want to create a culture where these ideas are alive.”

An Interview with Rush Holt

It’s not every day you meet a five-time “Jeopardy” winner, not to mention Congressman for the Twelfth District of New Jersey. But what many people don’t know about Congressman Rush Holt, former Assistant Director of the Princeton Plasma Physics Laboratory, is that he has been fascinated by science from the time he was in the first grade.

A Voice Answering a Voice: A Conversation with Renee Ashley

Perhaps it’s that Ashley exudes the appropriately intense awareness of a poet along with the steely precision of a detective. Utterly careful with the words she holds sacred, she is as resistant to vague abstractions as she is to overly “clever” wordplay and poems that in her words, “reek of competence.” 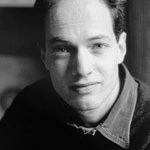 The Art of Connection with Alain de Botton

Eight books later, de Botton still applies his signature logic to wide-ranging, seemingly incongruent subjects (such as paintings of Socrates and cravings for NesQuick, or Proust’s attention to toilet soap advertisements). In doing so, he helps us to remember that our own lives rarely follow neatly calculated patterns, and that creativity draws upon a surprising number (and unexpected combinations) of seeds 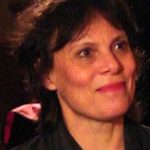 Boundless Theatre: An Interview with Emily Mann
In the sixth century BC, legend has it that a wickedly playful character named Thespis of Icarius was born. According to some, Thespis’s life and work ushered in a new realm of Greek theater – individuals who acted out written plays in original performances.
Thespis delighted audiences by depicting gods, monsters, and, of course, heroes outside the usual boundaries of traditional theater. In fact, the world proved a portable stage for Thespis, one that he concocted directly from his traveling cart, and the first “thespian” won numerous awards for his swiftly changed masks and colorful performances. Today, the ghostly Thespis still haunts many theaters, an impish spirit to which “strange happenings” (like when a prop doesn’t work) are affectionately attributed: a mischievous energy best described as, well, play. The ubiquitous language and editing process that translates proteins into not just our eye and hair color, but allows for the translation between cell signaling and our bodily functions (like swallowing, walking and talking) allows little room for error.
“Life is on a razor’s edge,” says Schimmel, “we aren’t really aware of how much perfection is necessary to survive. It’s astonishing. For me, it creates a sense of reverence.” 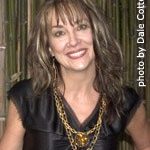 Journey into the Male & Female Brain: An Interview with Tracey Shors

Shors and I stand, appropriately, in the middle of a walk-through hippocampus in Quark Park, or rather two hippocampi (one male and one female) – that part of the brain where learning and memory occur. The curving walls of her installation, two sets of interlocking Cs constructed of gigantic bamboo sticks, include decorations of actual microscopic portrayals of the hippocampus – a beautiful structure with three main sites where unique types of cells live. 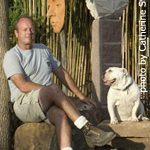 Labor of Love: An Interview with Architect Kevin Wilkes

Stalks of corn shoot up in the periphery. Towering bamboo forms a walk-through construction of the male and female hippocampus. Rows of lavender border a multi-colored web of wires based on the complex workings of the olfactory system. Metal drum sticks abut large ringing stones in the psychoacoustics installment. The ocean robotics folly shines with hanging glass balls like bubbles against the backdrop of seemingly underwater plants – such as espaliered Blue Atlas Cedars and Japanese Maples – and today, a strikingly blue sky. Practical Mystic: Robert Moss: On Book Families, Jung and How Dreams Can Save Your Soul

Over lunch, I talked with Moss about how dreamwork (or play) can heal, creativity and dreams, why Jung was the shaman of the West, as well as Moss’s former careers: lecturing in Ancient History at Australian National University, working in investigative journalism for the Economist, a tenure during which he travelled to 35 different countries and interviewed presidents and other foreign officials; and as a writer of bestselling spy novels.

Quarks, Parks, and Science in Everyday Life: Filmmaker Chris Allen’s Documentary where Art Meets Science in a Vacant Lot
If, once upon a time, science and scientists ignited the world’s imagination rivaling movies and movie stars for airtime, today it might seem that we’ve lost access to the childlike joy of curiosity (and deep methodical satisfaction of problem-solving) so essential to scientific inquiry and appreciation.
Kim produced a fascinating series of Q & As with some of the artists participating in the weekend. Her tight intros framed the conversations beautifully and helped readers drop into the weekend without having in-depth, prior knowledge about the Rolex Mentor and Protege Arts Initiative. – Alison Buchbinder, Resnicow Schroeder Associates
Kim can really discern the heart of a story within a few short minutes of meeting an interviewee. She has an innate ability to read the pauses and the subtleties when interviewing and then ask the probing follow-up to get to the nugget of truth that will make a story sing. Kim hones in on the umbrella of the message and then discovers the details that really make a project unique. —Jennifer Williamson, Director of Admission at Albright College